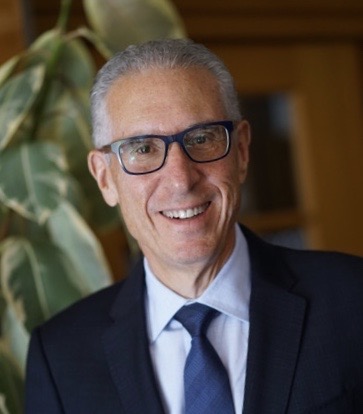 Robert A. Green is a CPA and CEO of GreenTraderTax.com. He is also a Managing Member of Green, Neuschwander & Manning, LLC, a tax and accounting firm catering to traders and investment management managers. Mr. Green is a leading authority on trader tax and a Forbes contributor. He is also the author of The Tax Guide for Traders (McGraw-Hill, 2004) and Green’s annual Trader Tax Guide. Mr. Green is frequently interviewed and has appeared in the New York Times, Wall Street Journal, Forbes, and Barron’s. He is the Traders Expo’s chief tax speaker and presents tax Webinars for Interactive Brokers, TradeStation, Lightspeed, and other trading industry participants.

In 1983, Mr. Green left a “big four” accounting firm to establish his CPA firm, Green & Company CPAs. The first clients of this firm were very successful money managers and brokers in the foreign exchange market (an international marketplace). Green & Company grew through client referrals among Harvard graduates. Some of the first notable clients were members of one of the most famous Wall Street families. This family made many referrals, and the company only accepted new clients that were referred by other clients (European royalty were among those clients). From 1983 until the birth of the Internet in 1995, Green & Company had a boutique firm catering to high-net-worth entrepreneurs and families.

In 1997, Green & Company led the revolution for online traders in adopting the new trader tax laws passed in 1997. Fantastic growth in the use of the Internet required that the company change its business model from a private boutique CPA firm catering to a small, wealthy client base to one that accommodated traders all around the country. Green & Company has grown consistently with full quality control and no supply constraints to meet the needs of our growing ranks of clientele.

Mr. Green has a diversified experience.

In 1987, he expanded the traditional accounting and tax services of Green & Company to offer business consulting and private investment services. Mr. Green helped the firm’s venture capital clients sell companies in their portfolios. He acted as a partner with individual clients to start and operate new investment companies. During this period, Mr. Green spent the majority of his time in his accounting practice.

In 1988, he and a group of his clients formed an investment group to acquire, restructure and operate a large industrial company headquartered in France. Mr. Green acted as Chairman and CEO of both the investment group and the French industrial company until 1990. During this period, Mr. Green spent the majority of his time in his accounting practice.

In 1990, Mr. Green and a client of Green & Company formed a television production company. Between 1990 and 1995, this company produced and aired 120 half-hour television programs (Tennis Television and The New Tennis Magazine Show) in the U.S. and abroad. Mr. Green acted as Chairman and CEO of the company and executive producer. During this period, Mr. Green spent the majority of his time in his accounting practice. The Williams sisters learned how to play tennis from the Tennis Television videos.

Since 1995, Mr. Green has devoted 100 percent of his time and efforts on growing Green & Company through client referrals and over the Internet. Beginning in 1995, Mr. Green led the charge to e-commerce taxation, virtual accounting, and a niche-based practice.

Mr. Green started GreenTraderTax.com in early 1997 when Congress changed the tax laws to create many new tax benefits for traders (Section 475 MTM tax loss insurance). GreenTraderTax.com has been the leader in the trader tax market ever since. (Initially, the name of the company was TraderTax.com, but many others tried to copy the business, so “Green” was added to the name.)

Mr. Green has also performed pro-bono services and acted as Founder and Treasurer of the Swedish American Art Foundation.

Mr. Green was born and raised on Long Island, N.Y. He lived and worked in Manhattan from 1977 until the end of 1999. He now resides in Fairfield County, Conn. with his wife. He also has a weekend home in New York City.

Mr. Green’s first job out of college was at a small “boutique” CPA firm Gang & Company that had very wealthy individuals, including leading families on Wall Street, as clients. Mr. Green made valuable relationships with some of these clients, a few of which became the first clients of Green & Company CPAs. To this day, Green & Company maintains relationships with wealthy Wall Street professionals as clients and friends. At this firm, Mr. Green worked strictly on tax compliance and consulting for investment professionals, wealthy investors, traders and money managers.

Received Bachelor of Science in 1977 from the State University of New York at Albany
Attended on Regents (academic) Scholarship
Accounting major; Philosophy minor
SUNY Albany was and still is considered one of the top accounting schools in the country
At graduation, Mr. Green excelled on the Law Boards and was accepted to many outstanding law schools, but he decided to pursue a career in public accounting first