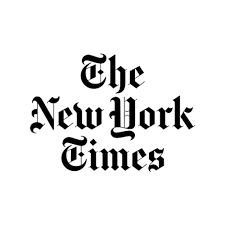 The New York Times, Jan. 30, 2021, By Ann Carrns: So You Just Made a Lot of Money on GameStop. There’s One Catch: Taxes. Some investors may have notched tens of thousands of dollars in profits. Depending on when they sell the stock, they may owe hefty capital gains taxes.

The New York Times, July 11, 2011, By Andrew Ross Sorkin: An Addition to the List of Tax Loopholes.  Interview with Robert Green, CPA about the history and future status of lower 60/40 tax rates.

June 23, 2011: The New York Times published a very similar article to my blog “Who’s The AIG In This Financial Greek Tragedy?” A week before, I invited Ms. Louise Story of NYT to read my blog and pursue the story too. CNBC published this NYT story on their front page, see http://www.cnbc.com/id/43506232.

Derivatives Cloud the Possible Fallout From a Greek Default. By LOUISE STORY, Published: June 22, 2011. “It’s the $616 billion question: Does the euro crisis have a hidden A.I.G.?”