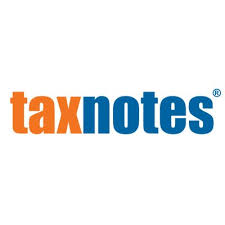 I believe a U.S. resident trader in securities with trader tax status, and a Section 475 election for ordinary income/loss, should be eligible for a QBI deduction. Section 199A regs define a trading business as a “specified service trade or business” (SSTB), including trading for its own account. It also includes Section 475 ordinary income/loss in QBI. That indicates potential eligibility for a QBI deduction.

I hope that tax attorneys in the IRS Office of Chief Counsel will answer this question for traders.

Green said that before the proposed regulations were released, some other tax experts argued that a hedge fund wouldn’t be a barred service activity in section 199A because technically a management company was providing the service, and the hedge fund was merely receiving it.

Green said that to claim trader tax status and elect section 475 — which treats capital gain and loss as ordinary income and loss — a taxpayer must trade its own funds, and typically a management company would be a partner in a hedge fund and would be trading for the fund.

The proposed regulations clarified that the hedge fund in that scenario wouldn’t qualify for the deduction above the service business income cap. But because section 475 is ordinary income, taxpayers below the thresholds can likely get a deduction on that trading income, because QBI excludes capital gain, Green said.

Attractiveness of S Corporations After 2017

Authors based below content on Robert A. Green’s blog posts referenced in footnote 13.

“There are suggestions that trader tax status (TTS) should consider an S corporation for business expenses, and a section 475 election on securities for exemption from the wash sale losses and ordinary loss treatment (tax loss insurance). A TTS S corporation allows employee benefit plan deductions (for example, health insurance and high-deductible retirement plans). The new law is unclear regarding whether section 475(f) 12 income is QBI or a specified service activity. TTS business-related capital gains probably will not be included in QBI.”13